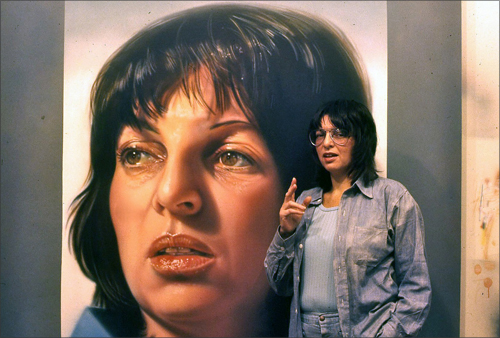 November 9 & 14      NYC PREMIERE DOC NYC
DOC NYC alumna Deborah Shaffer, with co-director Rachel Reichman, offers an intimate look at the life and creative process of visual artist Audrey Flack. Feminist, rebel, mother, sculptor and teacher, Audrey’s often controversial 40-year career evolved from abstract expressionism in the 1950s to photorealism in the 1970s. One of the first women ever included in the famed Janson’s History of Art, Audrey, at 88, is still creating, exploring and inspiring with her unique style and indomitable spirit.

October 20      WORLD PREMIERE Film Columbia Festival, Chatham, New York
The festival opened with an absolutely gorgeous documentary about the photorealist painter and sculptor, Audrey Flack. “Queen of Hearts: Audrey Flack ” enraptured the audience and earned a standing ovation. It is a beautifully done documentary of a life well-lived. Ms. Flack began her career as an abstract expressionist, studying at Yale with Josef Albers. She turned to photorealism in the ‘60s, capturing many iconic moments, including the moment before President John F. Kennedy’s assassination. She also coped with raising two children on her own (one of whom was autistic and this was a moment in time when the term “refrigerator mother” was wrongfully used). There are some wonderful events such as happily marrying her old high school boyfriend, a totally supportive spouse, who adopted her two girls. This energetic woman, who is now a youthful 88 years old, is still inspiring others with her artwork and return to painting. She was a surprise guest at the Q&A with the directors of the film (Deborah Shaffer and Rachel Reichman). I did speak with her after the film, having met her years ago, and she is truly a force of nature. She has had an amazing life and continues to be a creative trailblazer in modern art. — Ronnie Monsky, BERKSHIRE THE EDGE 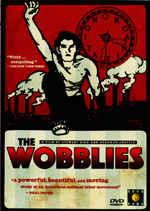 January 28, 2018
THE WOBBLIES
A classic documentary of the radical left labor movement before and during WWI
Screening at Union Docs in Williamsburg, Brooklyn, 7:30PM
https://uniondocs.org/event/2018-01-28-the-wobblies/

February 4, 2018
CHRIS AND BERNIE
Playing in the Four Films About Mothers program of the Tell Me: Women’s Filmmakers, Women’s Stories Series Screening at Metrograph Theater in the Lower East Side

September 20 – October 5, 2016
DEFYING THE NAZIS: THE SHARPS WAR
Director of Interviews
Streaming on PBS
“Using family photos, interviews with some of the refugees they saved, letters and even sermons (read by Tom Hanks) the filmmakers piece together the story of two of the unlikeliest heroes of World War II.”  Isabel Vincent, The NY Post 9/17/2016
“Interviews with those who knew the Sharps are insightful”  Ken Jaworowski, NY Times 9/8/201

September 2014
DANCE OF HOPE had its 25th anniversary screening last June in Santiago, Chile at FIDOCS (International Festival of Documentary Films). Director Deborah Shaffer, principal character Violeta Zuñiga and many others from the cast and crew were in attendance.

February 2014
FIRE FROM THE MOUNTAIN was screened at the Lozano Long Conference on Archiving the Central American Revolutions, hosted by the LLILAS Benson Library at the University of Texas, Austin. Deborah’s film archives are now housed in the LLILAS Benson Latin American Collection Library.   lib.utexas.edu/benson

September 2013
On the 40th anniversary of the coup d’etat that overthrew democratically elected President Salvador Allende in Chile, Deborah participated in the day-long Tribute to Justice program and awards ceremony organized by Joyce Horman and the Charles Horman Truth Foundation, of which she is a Board member.   hormantruth.org

March 2012
FIRE FROM THE MOUNTAIN was screened at the Pompidou Centre in Paris, France as part of the Exploring Documentary — Combattants section of Cinéma du Réel.

Deborah is also currently Executive Producing a documentary on Jacob Lawrence, directed by Dan Allentuck, and STREETCAR TO KOLKOTA, directed by Kavery Kaul.