Academy Award winning filmmaker Deborah Shaffer began making social issue documentaries as a member of the Newsreel collective the ‘70’s. She co-founded Pandora Films, one of the first woman’s film companies, which produced several shorts. Her first feature documentary, THE WOBBLIES, premiered at the prestigious New York Film Festival in 1979. During the 80’s Shaffer focused on human rights in Central America and Latin America, directing many films including WITNESS TO WAR: DR CHARLIE CLEMENTS which won the Academy Award for Short Documentary in 1985, and FIRE FROM THE MOUNTAIN and DANCE OF HOPE which both played at the Sundance Film Festival. Shaffer directed one of the first post-September 11 films, FROM THE ASHES: 10 ARTISTS followed by FROM THE ASHES: EPILOGUE, which premiered at the Sundance and Tribeca Film Festivals. She is also the Executive Producer of the Academy Award-nominated short ASYLUM, and has directed numerous acclaimed public television programs on women and the arts. She directed and produced TO BE HEARD, which won awards at numerous festivals and aired nationwide on PBS. She has been awarded a Guggenheim Fellowship, and the Irene Diamond Lifetime Achievement Award by the Human Rights Watch Film Festival. 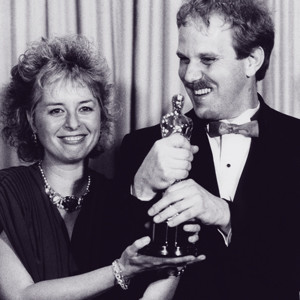 I have been making documentary films for over 40 years on subjects ranging from sex education — my first film — to a poetry writing workshop for at-risk teens in the South Bronx. In between, I’ve made films about the US labor movement, US involvement in El Salvador, the revolution in Nicaragua, the families of the disappeared in Chile, and the impact of 9/11 on downtown artists. While all of these films unfold in a political context, they are first and foremost human stories of ordinary people caught up in the vortex of history. The common threads that weave them together are the search for truth and the struggle for justice.

The world of documentaries has been transformed in the past 40 years. When I began, we were shooting with 50-pound cameras and capturing sound on magnetic tape on a separate recorder. We could only run 10 minutes of film at a time through a single magazine, stopping to change when it ran out. Each roll of film cost several hundred dollars to develop and print, so we were very cautious with our shooting. Today one person with a lightweight, inconspicuous digital camera can go anywhere and record for hours, all by themselves. Editing and even post-production, can be done on a laptop. One of the great privileges and beauties of documentary filmmaking is the opportunity for collaboration at every step. I have cherished my multiple partnerships over the years; two heads are better than one and occasionally even four are better than two.

I’m often asked if I want to make fiction films, as if that were a higher calling. It’s not that I don’t want to, but rather that I find real life so vivid, challenging and compelling. I hope to continue making documentaries as our world evolves ever more rapidly. While the technology and economics of documentaries have been revolutionized, the human drama and need to hear and tell stories have not. —Deborah Shaffer